Some of the most common causes of traffic fatalities in California

Compared to the other 49 states, California has the most licensed aging road users. There are 3.8 million drivers over the age of 65 and fatal crashes increase among aging adults between the ages of 70-74. On a national scale, an average of about 20 older adults are killed in crashes every day according to the Centers for Disease Control and Prevention.

Why are aging road users involved in fatal driving incidents? Older adults over 65 years of age experience different changes such as reduced vision, decreased strength, and cognitive impairment. Poor vision and slower reflexes are a dangerous combination for drivers and passengers. Aging adults who experience these changes are not able to safely operate vehicles on the road.

Unfortunately, not everyone operating a vehicle on the road is paying attention as they should. Distractions are at the top of the list of leading causes with alcohol and speeding in fatal crashes. Here are the three factors for distracted driving:

3,450 people were killed across the nation due to distracted driving. More than 80% of Californias identify texting and cell phone usage as the top reasons for people being distracted while driving.

Majority of the fatal/severe injury crashes due to alcohol impairment were in southern and central California. Fatal alcohol-impaired accidents have a higher probability of happening in urban areas compared to rural roads.

Sometimes combined with alcoholic drinks, drugs have been the cause of dangerous driving. The drugs involved in these drug-impaired accidents include over-the-counter medications, illegal drugs, and prescription drugs. 11% of all drivers killed in car accidents tested positive for the use of illegal and/or legal drugs in 2017.

If you've lost a loved one due to a traffic fatality because of someone's actions, call Roy Huntsman of Huntsman Injury Law at (888) 728-8112 or send an email to roy@huntsmanlaw.com. You can receive a free consultation with no obligation.

Why you should hire a personal injury lawyer

3 Things You Should Do After Being in a Car Accident

Getting into a car accident is always scary and overwhelming. Whether you feel injured or perfectly fine, there are certain things you should do no matter what. Particularly, you should focus on these three things immediately after a car accident. Call 911 for Emergency Services One of the most important things to do after you have been in a car accident is to call 911 to summon emergency services to the scene. The police should be involved if anyone has suffered injuries or there is property damage. In addition, you will be able to tell the officer what happened and request that they make a police accident report. If you choose to file a personal injury claim to recover compensation for your medical expenses and damages, the report can be vital to the strength of your case. In addition to getting the police to the scene, you can have medical emergency services arrive. It is absolutely essential to get medical attention after a car accident, even if you feel perfectly fine and uninjure 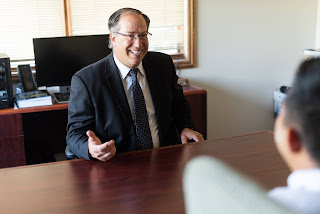 What's a contingency attorney and how does it work?